The future of online media is going to be about trends, not people. Period.

This is a world of big data. It’s noisy. It’s difficult to manage to break through, making it harder for individuals to make a significant impact quickly. Trends are like currents in an ocean, people are like drops. The former have more mass and momentum and thus are easier to notice. Thus, if you want your ideas to make a splash, evaluate the line of thinking you’re subscribing to before getting yourself out there. Perhaps you could be a part of a larger wave? Perhaps you can cause a much needed tsunami? I’m all about saving time, so you can stop reading here. But if you continue, you’re doing so at your own risk.

As we head in the direction of an ‘end game,’ many voices compete for attention. In this increasingly noisy climate, it’s easy for new brilliant voices to be drowned. By end game I mean that if the train continues on its track, it is either bound to derail or hit a wall. What is happening in our world on a large scale is not sustainable. To the contrary, so much destruction and conflict has become the order of the day, and not enough people are raising their voices to do anything about it. At least not yet.

I’m not postulating that people should seek and align with any particular emerging ideas and sacrifice their own. But having worked in the big data field, I can tell you that data gets sorted these days according to trends and sentiments. It’s the only way for algorithms to make sense of amorphous globs of information that is growing at exponential rates. Without grouping data into clusters, it remains an ever-growing ocean that to an untrained eye looks like a bunch of chaos piled and then warped upon itself.

Each day new voices emerge, their message reaching that golden ‘viral’ state so many are after. But to get here, most of these people needed to test the waters and play with their delivery until a resonant alignment is found. Many were discovered due to an association with another in the suggestions field. This is what I mean by constellations of trends. Therefore, if you are eager to break through faster, find those whose message resonates with you and align with their values, while preserving your own individuality and originality.

‘Man is the only animal for whom his own existence is a problem which he has to solve and from which he cannot escape.’ — Erich Fromm

The world is in dire need of a new narrative. We need a new philosophy a new myth that will help us make sense of the growing dichotomies.These is a lot of evidence to support the thesis that things did not get this way by accident.

There are forces operating in this world for which functioning on the basis of opposites is quite profitable. F
or one, it’s the simplest form of ‘diversity’ to a mange without inducing too much complexity. It makes it seem that there is still a choice, a small remnant of personal freedom. Unfortunately, it comes pre-packaged. You either choose black or white. Left or right. Religion or science. You either align with the old or the new. You stagnate or innovate. You stand with us or against us. That sort of thing. With choices so narrow, there is bound to be conflict. Eventually. And today, we stand on the brink of that on a mass scale.

As the world argues who is right and who is wrong, what happens to your voice? There are over seven billion of voices out there, most silent at this time, and I promise you that each one is unique. But we as individuals only get to find and hear a limited number due to our limited bandwidth. 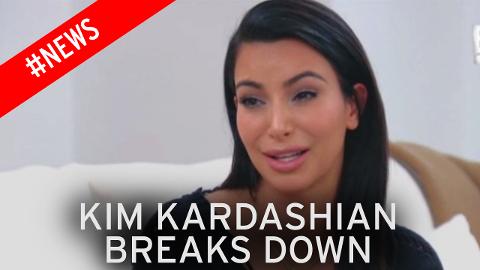 And if you’re not some big wig with contacts at ABC, or used as a mouthpiece for a larger agenda, don’t expect to become famous overnight. It just ain’t gonna happen. If you dare to speak up, you will likely find your circle of followers though, and that is a wonderful thing. But to move this world in a new direction and quickly, we will need a massive following of new ideals and let me tell you why I think that.

What’s taking place in our world today is unprecedented. We have never been where we are before. Perhaps similar but not same. Allow me digress for a paragraph. Some of us may have heard captivating stories that the deserts on earth are remnants of a nuclear war that took place thousands of years ago between warring groups of ancient civilizations. Glass has been found in Sahara Desert that can only occur if the temperature reaches 3,200 degrees Fahrenheit. The story of Atlantis, a legend that has enchanted many a mind, beginning with that of our civilization’s greatest philosopher, speaks of an unimaginable cataclysm that shook the earth to her core leading to a complete destruction of once a mighty society. Perhaps we’ve been here before.

Back to earth, circa 2016. We are in a tough predicament. Environmentally fucked, socially divided, cancer ridden, we are on a brink of a massive conflict that could very well end in up in us fighting the next conflict with stone age tools, just the way Einstein predicted. That’s if any of us survive the calamity that’s coming. We might very well not, if we continue with business as usual. So we need to think and act. Fast.

There are plenty of geniuses on the planet today. The thing is, a lot of them bit the hook and are either passionately chasing paper or subsisting in jobs that make them miserable and eat up their creativity. And they are not to blame. The systems that have been put in place made sure breaking out is on the scale of climbing Everest. What boggles my mind is why are those systems so necrophiliac? Why do they glorify death and violence? Why are dead machines gaining more value than a living man? Why do we place having above being? Why are humans the only species that kills for the sake of killing?

One would think that given today’s wide access to free information and the sophistication of technology, it would be easier for people to organize around a set of values and begin to take action. But unfortunately, it is not as easy as it sounds. Our lives are crammed with meaningless tasks that eat up sucking up our limited time. Additionally, most humans by default are more concerned with pursuing their self-interests rather than exploring subjects that concern the fate of community, society and even whole humanity. We’ve been made feel that each day we need to fight for our survival, even though most people in western societies have more then they need.

I can relate because, while I’ve had my bouts of anger at the general incompetence of our leaders, I’ve also lived most of my life in a paralyzing state of helplessness. I mean, I agree with Margaret Mead’s statement that indeed it only takes a small group to impact the direction of a ship, but where are those people? But I soon realized that unless I do something to contribute, I won’t feel connected to the whole and will rob the world of a possible contribution, as small as it may be.

Yes, it is unprecedented, and for true democracy, every voice needs to be taken into consideration. But democracy was never designed for a group that includes billions. Back in ancient Greece, the orators warned that the system can only be effective in small communities.

Does that mean are we up against an almost impossible task? Hopefully not. Anything is possible for those who have the vision and persistence. Not having access to the information gate keepers the Kardashians do, may require most of us to fight an uphill battle before our voice gets heard. But it is all worth it. Not only the feeling of satisfaction for getting something ‘out there,’ but also a sense of relief that comes to those of us who dare to speak our mind.

Trends allow us to band together to show the world that we care about its future and will not tolerate bullshit anymore. Have you noticed how some of the most prominent orators of today’s world can dazzle people with words but in essence say next to nothing? Have you ever really, I mean really listened to to talking heads on the news? They come, rant for while and then leave to keep doing whatever it is they do. Likely go talk some more somewhere else. Did you learn anything form them? Did you walk away inspired? Empowered even? I daresay no.

Even most of today’s motivational speakers operate like a drug. You come, get your fix, jump and scream, let out some steam, override your old beliefs with pretty good sounding affirmations (which you don’t really believe in, but that’s a whole other story) and then go home only to get disappointed that you are not manifesting more zeroes in your bank account. This is because we got hooked on equating self-worth with what we have, not who we are. Again, another topic to be expanded upon another time. But if you want more, here is a good interview on being versus having.

So, be mindful of the current you choose to ride and strengthen by your participation. Make sure it resonates with your core values. And be sure you have fun in the process. No need to feed the fear monster. We got plenty of that already. Spend some time digging in to find out who you are and share that with the world. You are unique. You are one. We are all connected. We need to hear your voice.

If you made it this far, please give me thumbs up and if you feel inspired to do so, share your thoughts with us. It means the world.